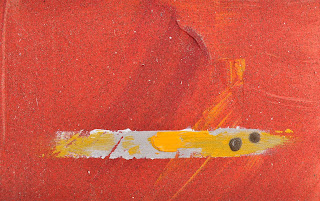 Jamal Khashoggi. Just a name. Just a man. A man whose disappearance led to speculations and accusations. Who´s been victimized and idolized. But most of all he´s just a man. Like any other man; woman or gender neutral human being. Longing, demanding and fighting for a basic right in human life: freedom. One of the rights described in the Universal Declaration of Human Rights, proclaimed by UN's General Assembly of December 1948 and generally agreed to be the foundation of international human rights law.
So... as we all agreed and accepted this Universal Declaration, isn't it about time we should start living according it?
[Daily Abstraction 218102001. Painting available].
Email ThisBlogThis!Share to TwitterShare to FacebookShare to Pinterest
Newer Post Older Post Home
Language: DE - EN - ES - FR - NL