Van Gogh has left the building

What if?
It's just a question, but what if...
Vincent van Gogh would not have left Holland?

And what if his brother Vincent, who was born dead on March 30, 1852 exactly a year before 'our' Vincent was born, would have survived? Would he have become the Vincent?
Would he have been better than the 'replacement' Vincent we know?
Would Vincent be Vincent?
What if...

The original artwork, as placed left (and above this blog) is available in prints, upon mugs, Tees and more. Check out my printshop for all details.
Email ThisBlogThis!Share to TwitterShare to FacebookShare to Pinterest
Newer Post Older Post Home 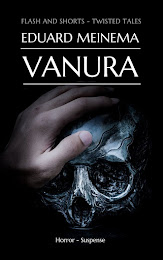